Object-oriented programming (OOPs) is a programming paradigm that emphasises objects above functions and procedures. It is the most widely used methodology among programmers.

In simple terms, a class can be thought of as a blueprint or template from which things can be built. As a result, Objects are frequently referred to as "instances" because they are regarded instances of a class. The terms "characteristics" and "behaviour" refer to the "what" and "how" of the Object, respectively.

For example, if we consider a car, then based on the OOPs model:

Let's say we created a class, Car, to contain all the properties a car must have, color, brand, and model. We then create an instance of a Car type object, myCar to represent my specific car. 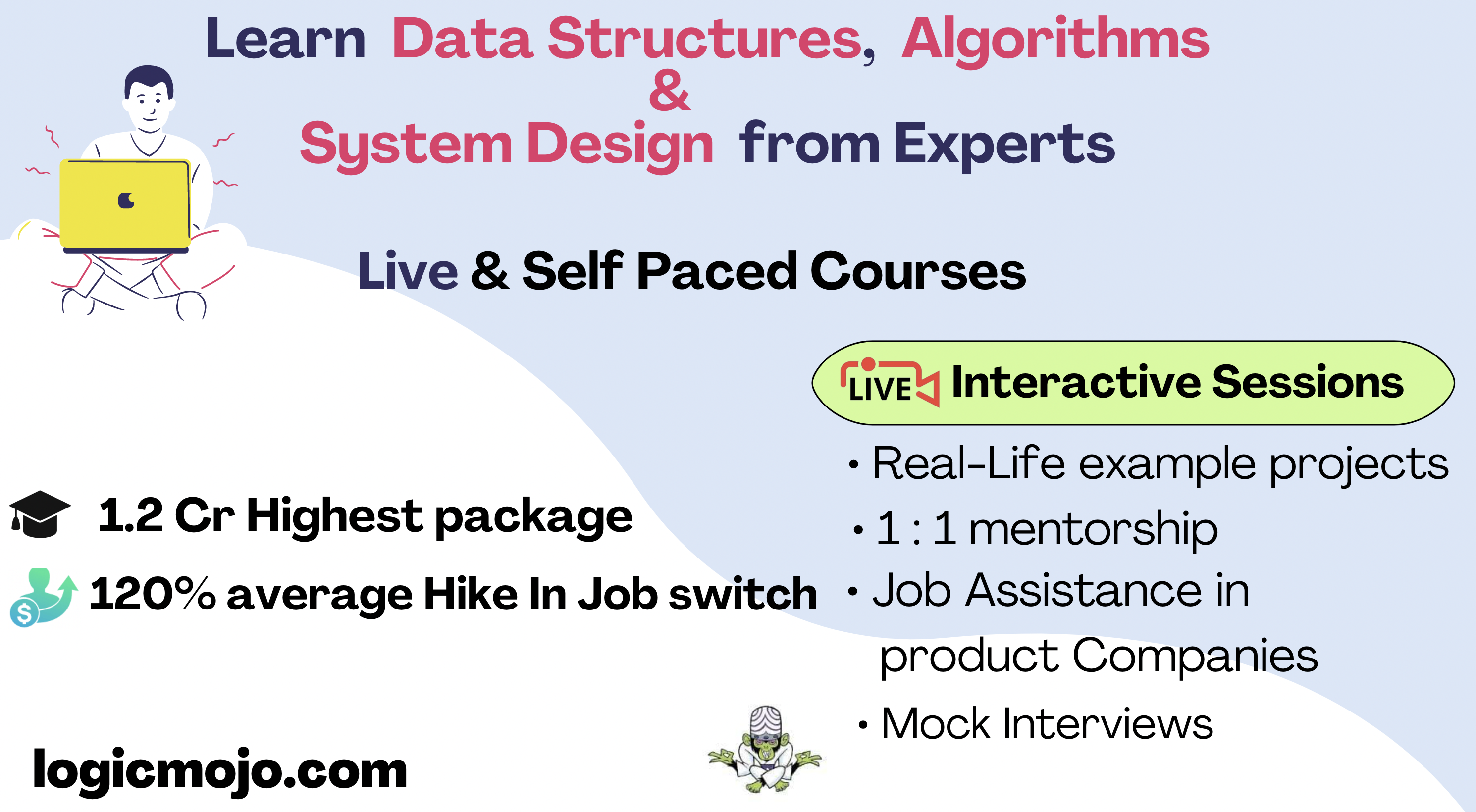 We could then set the value of the properties defined in the class to describe my car, without affecting other objects or the class template.

We can then reuse this class to represent any number of cars. 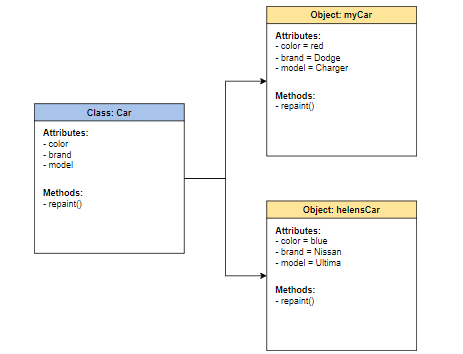 Crack your next tech interview with confidence!

What are the benefits of OOP?

Benefits of OOP include:

Other programming languages that pair with OOP include:

The structure, or building blocks, of object-oriented programming include the following:

Developers have critiqued the object-oriented programming model for a variety of reasons. The main argument is that OOP places too much emphasis on the data side of software development and not enough on computation and algorithms. Furthermore, OOP code is likely to be more difficult to write and build.

Alternative methods to OOP include:

Abstraction is the process of hiding the
internal details of an application from the
outer world.

In object-oriented programming (OOP), encapsulation refers to the bundling of data with the methods that operate on that data, or the restricting of direct access to some of an object's components.

Polymorphism is the ability of any data to be processed in more than one form.

One of the most significant components of Object Oriented Programming is inheritance (OOP). The key to understanding Inheritance is that it provides code re-usability.

SOLID principles are an object-oriented approach that are applied to software
structure design.

Two methods are said to be overload if and only if both having the same name but
different argument types.

Method overriding refers to when a piece of code contains two or more methods with the same name, but each one performs a different task.

Cohesion And Coupling in OOPs

The quality of an OO design is determined by cohesion and coupling. Good OO design should be loosely connected and very coherent in general. The concept of "loose coupling and high cohesiveness" underpins many of the design ideas and patterns that have been developed.

Classes and Objects in OOPs

A class is a blueprint or template of an object.
It is a user-defined data type. Inside a class,
we define variables, constants, member functions, and other functionality.

In object-oriented languages, access
modifiers (or access specifiers) are keywords that control the accessibility of classes, methods, and other members.

We should use collection if we wish to represent a bunch of "individual items" as a single entity. Collection can be thought of as the base interface of the entire collection structure.

For any java class if we are not allow to create an object such type of class we have to
declare with abstract modifier that is for abstract class instantiation is not possible.

The static keyword is mostly used in Java for memory management. Variables, methods, blocks, and nested classes are all supported. Static refers to a constant variable or method that is the same for all instances of a class.

The method through which Java programs do automatic memory management is known as garbage collection.

Stack is a linear data structure which follows
a particular order in which the operations are performed. The order may be LIFO(Last In
First Out).

A Queue is a linear structure which follows a particular order in which the operations are performed. The order is First In
First Out (FIFO).

Doubly linked list is a complex type of linked list in which a node contains a pointer to the previous as well as the next node in the sequence.

Initialize three pointers prev as NULL, curr as head and next as NULL. Iterate through the linked list. In loop, do following. Here's how recursive reversal works: If you have a
reversed linked list of all the nodes to the left of the current node, and you know the last node of the

Topological sorting for Directed Acyclic
Graph (DAG) is a linear ordering of vertices
such that for every directed edge u v, vertex u. It forms the basis of linear-time algorithms for finding the critical path of the project, a sequence of milestones

Counting sort is a sorting technique based on keys between a specific range. It works by counting the number of objects having
distinct key

Heap sort is a comparison-based sorting technique based on Binary Heap data structure. It is similar to selection sort

Quicksort is an in-place sorting algorithm. Developed by British computer scientist Tony Hoare in 1959 and published in 1961,

Like QuickSort, Merge Sort is a Divide and Conquer algorithm. It divides the input array into two halves, calls itself for the two halves

Insertion sort works similar to the sorting of playing cards in hands. It is assumed that the first card is already sorted in the card game

Bubble sort is a sorting algorithm that compares two adjacent elements and swaps them until they are not in the intended order.

Binary Search: Search a sorted array by repeatedly dividing the search interval in half. Begin with an interval covering the whole
array.

Python has a set of built-in methods that you can use on lists/arrays. Python does not have built-in support for Arrays

An array in Java is a group of like-typed variables referred to by a common name. Arrays in Java work differently than they do in C/C++

HAVE A QUESTION? GIVE US A CALL OR CONTACT US - WE'D LOVE TO HEAR FROM YOU